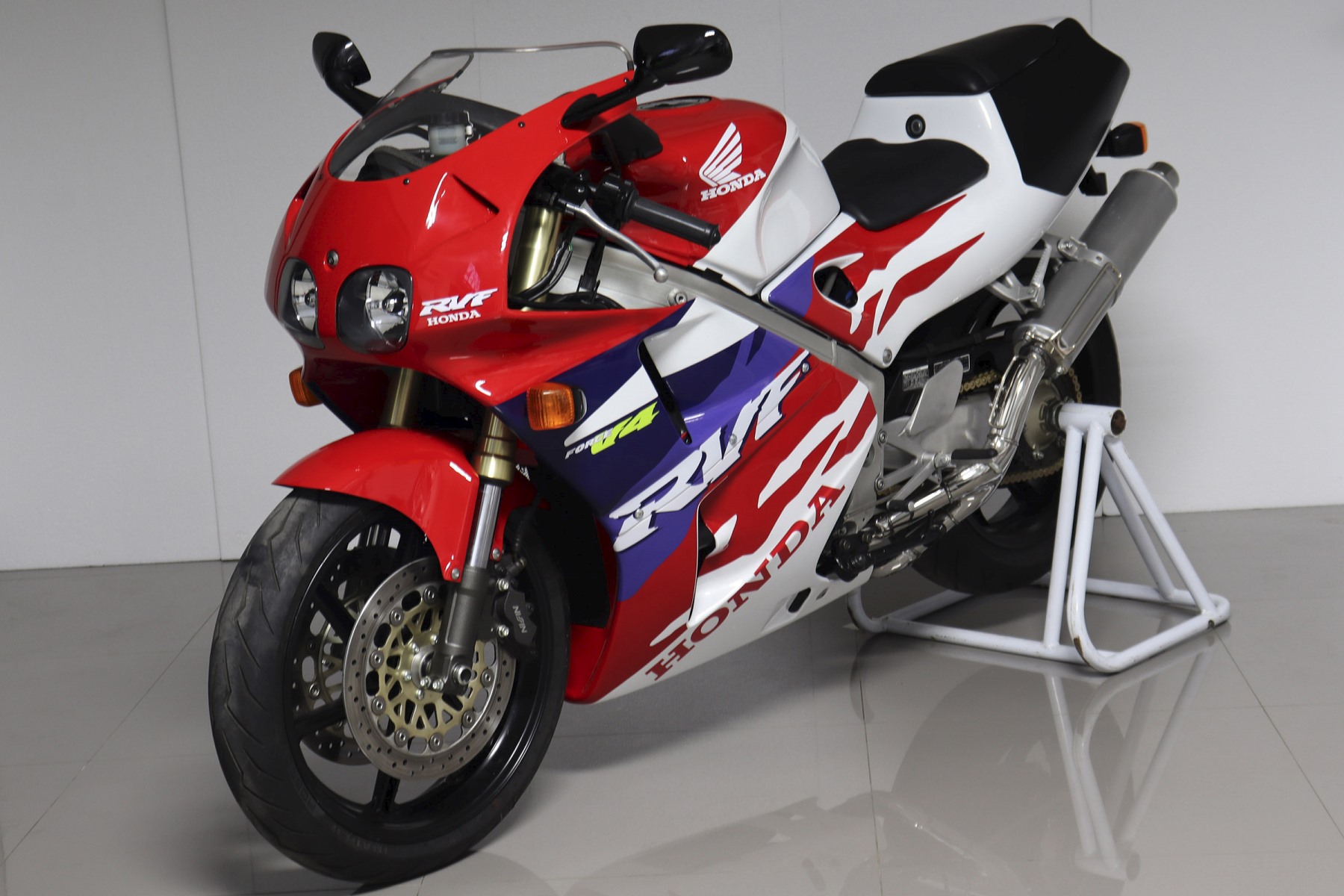 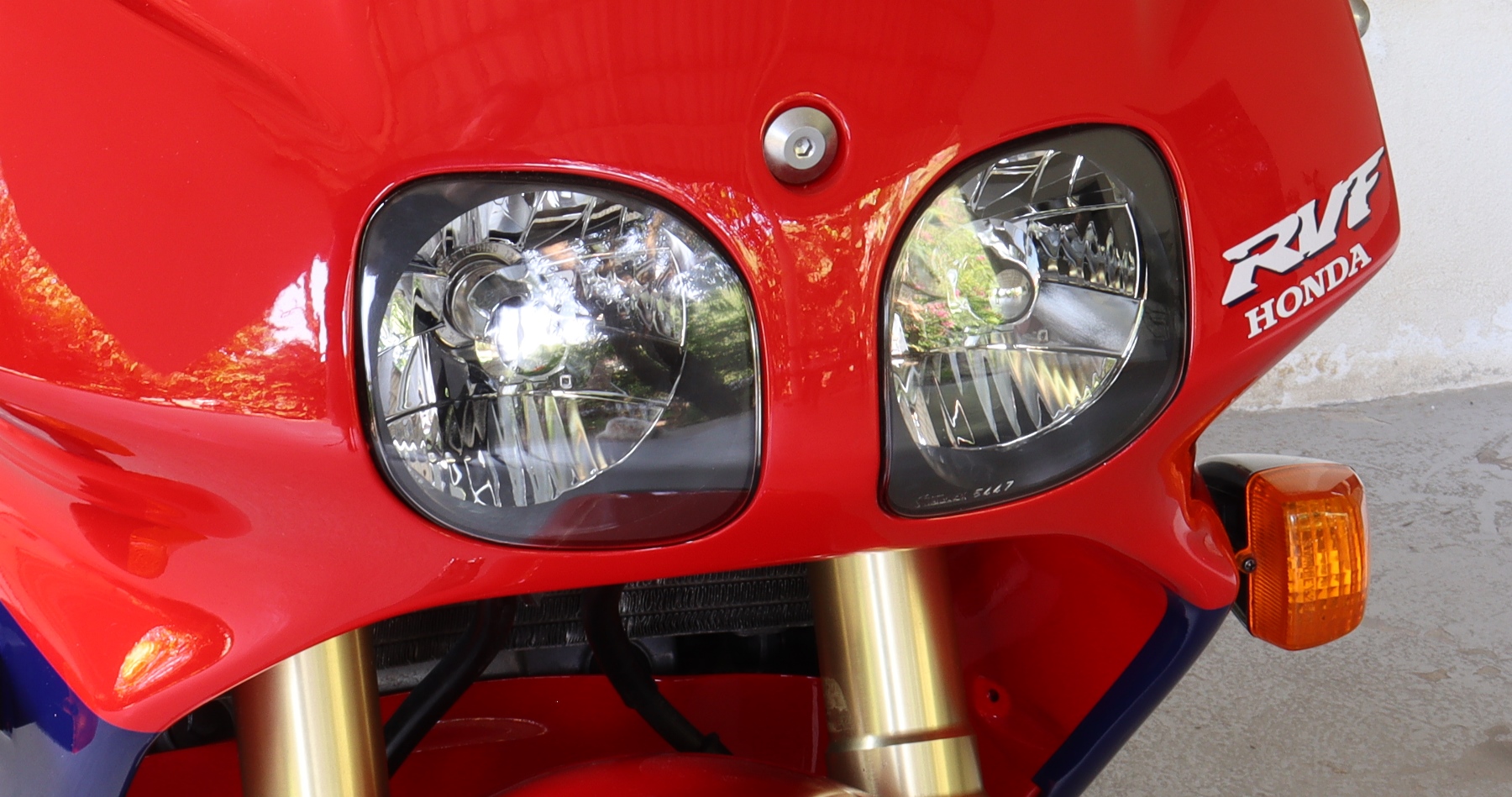 As well as the TYGA projects that you see on these pages, we have also built a fair amount of restorations of stock or nearly stock bikes too. Just off the top of my head, I can think of an RC30, an SC28, an MC28, LS125 and MC16.

These bikes we haven’t featured thus far on our website because they don’t really include many TYGA products. The NC35 you see on this page is a little different in that, although it is essentially a stock looking bike, it features a fair amount of our products. We thought it would be nice to share it with you and show how TYGA Performance products can assist in a restoration project. We will also being using it as direct comparison with our latest iteration of our heavily modified NC35 project which we have recently updated. So without further ado, let’s get started. 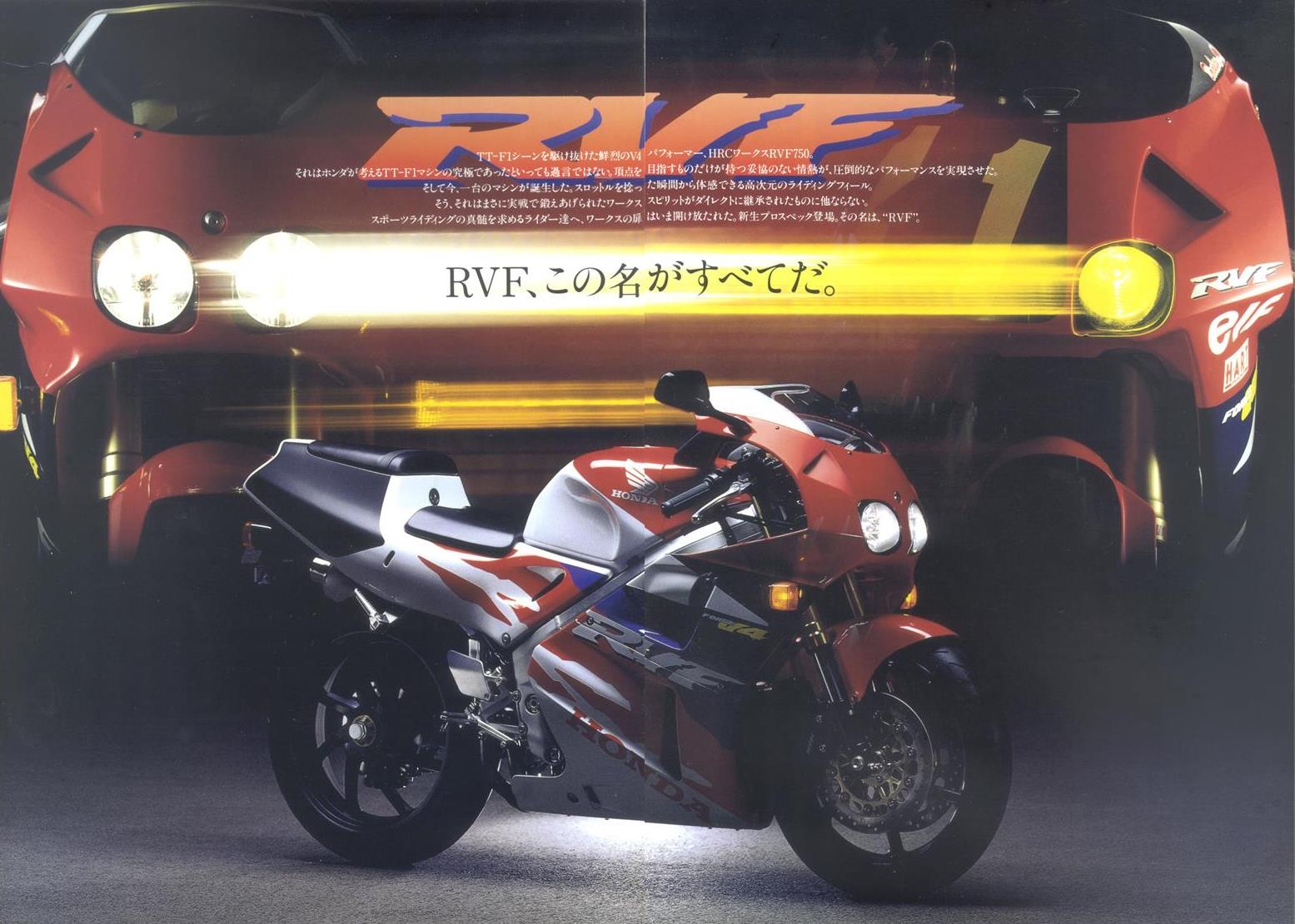 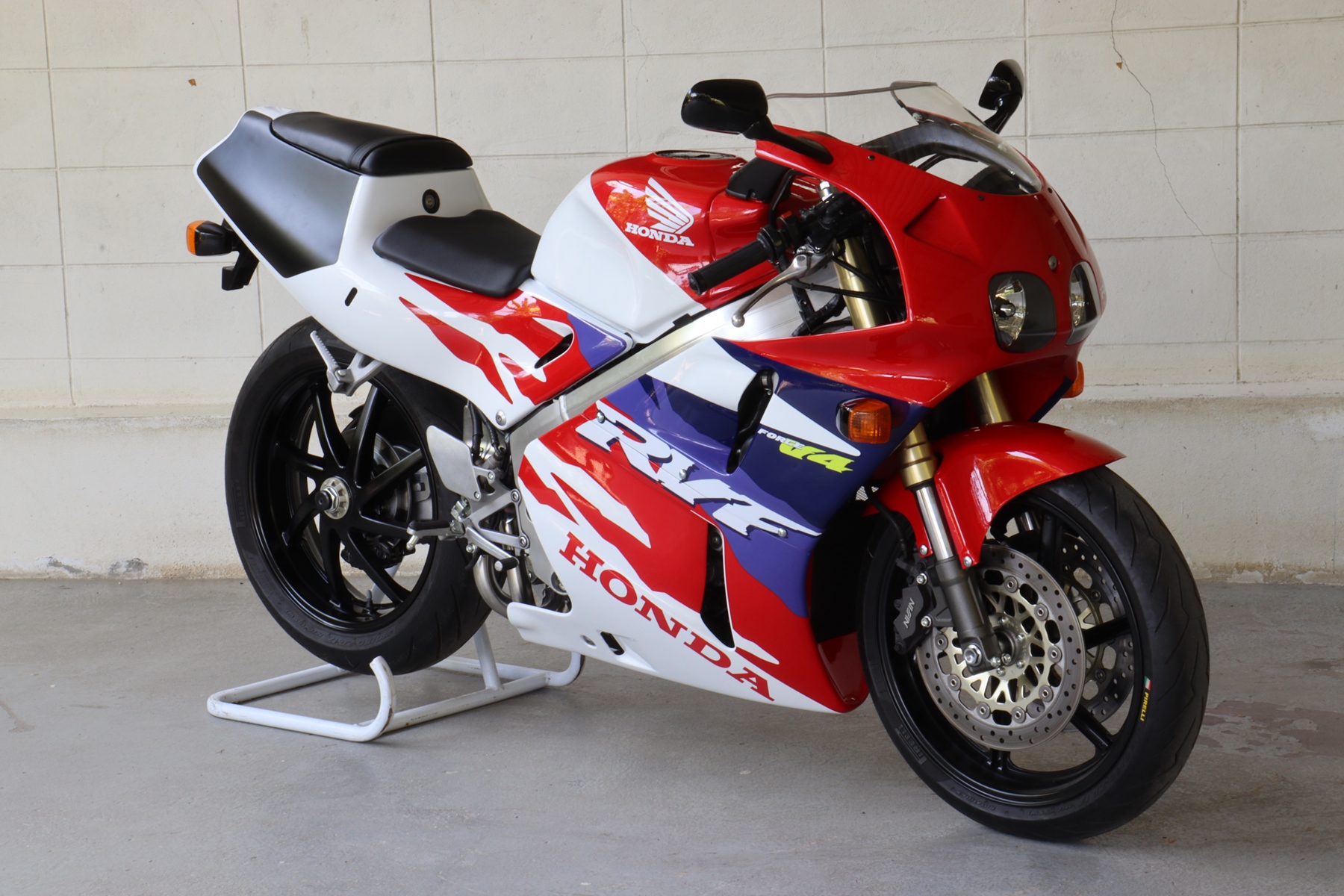 At the beginning of the millennium, for reasons unfathomable, I found myself collecting NC35s as a pastime, an addiction, a weakness, call it what you like. I ended up with about nine of them. 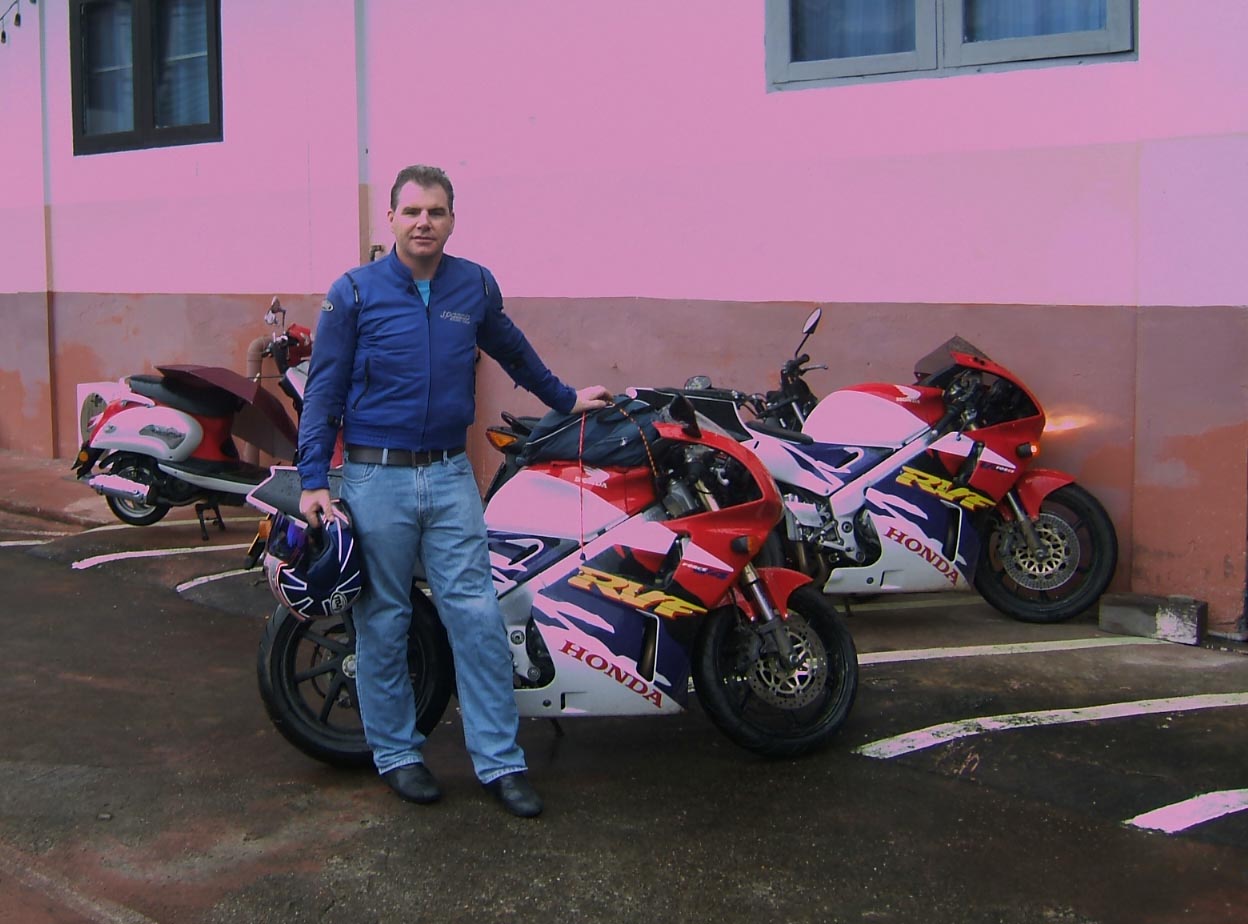 The exact number depends on how you measure them as they were often bought incomplete. The usual thing was it would be just out of the blue, I’d get a phone call from a contact in the trade about a really lovely NC35 he had for sale and did I want to take a look. The next thing I knew I was driving away from their address with another crappy NC35 in the back of the pickup. They were all so lovely or had so much potential in my mind that I simply couldn’t resist. Two or three of the same model motorcycle you might be able to justify, as I am sure many of our readers will attest to, but 8 or 9 is just too many. It’s insane!

So what became of them all? One NC35 we heavily modified and it ended up as the T13 project bike. 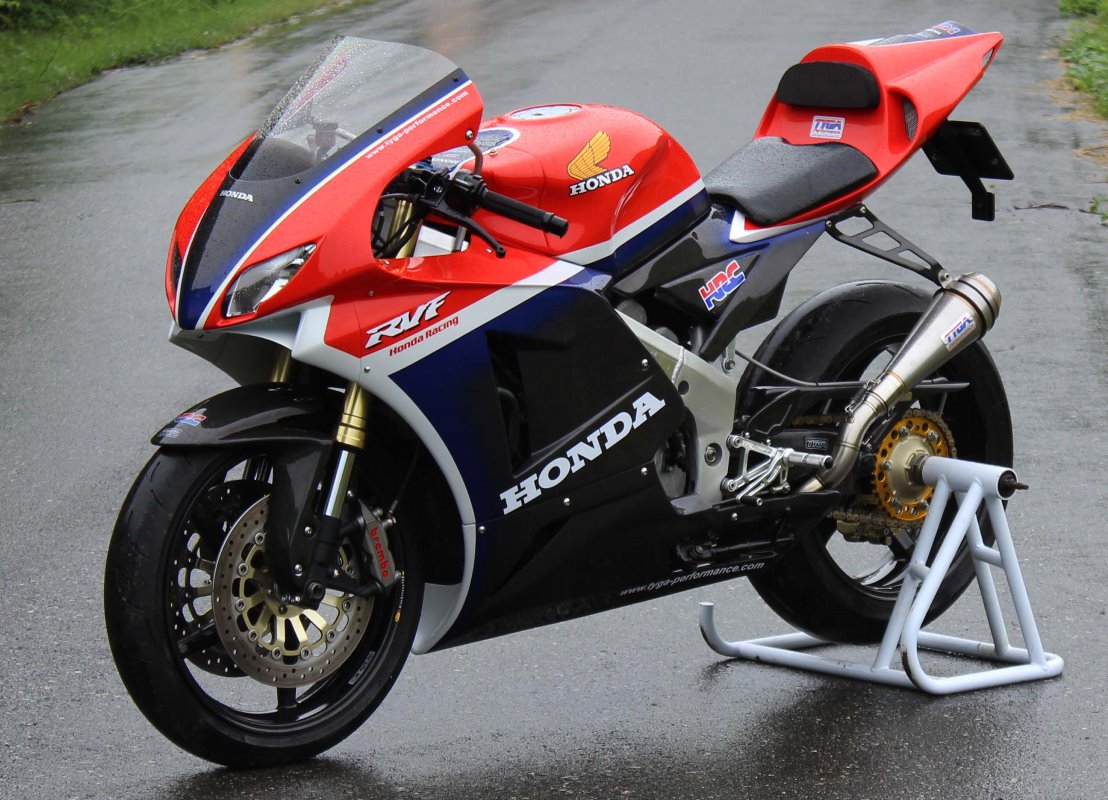 Another one was soaked in carbon goodies 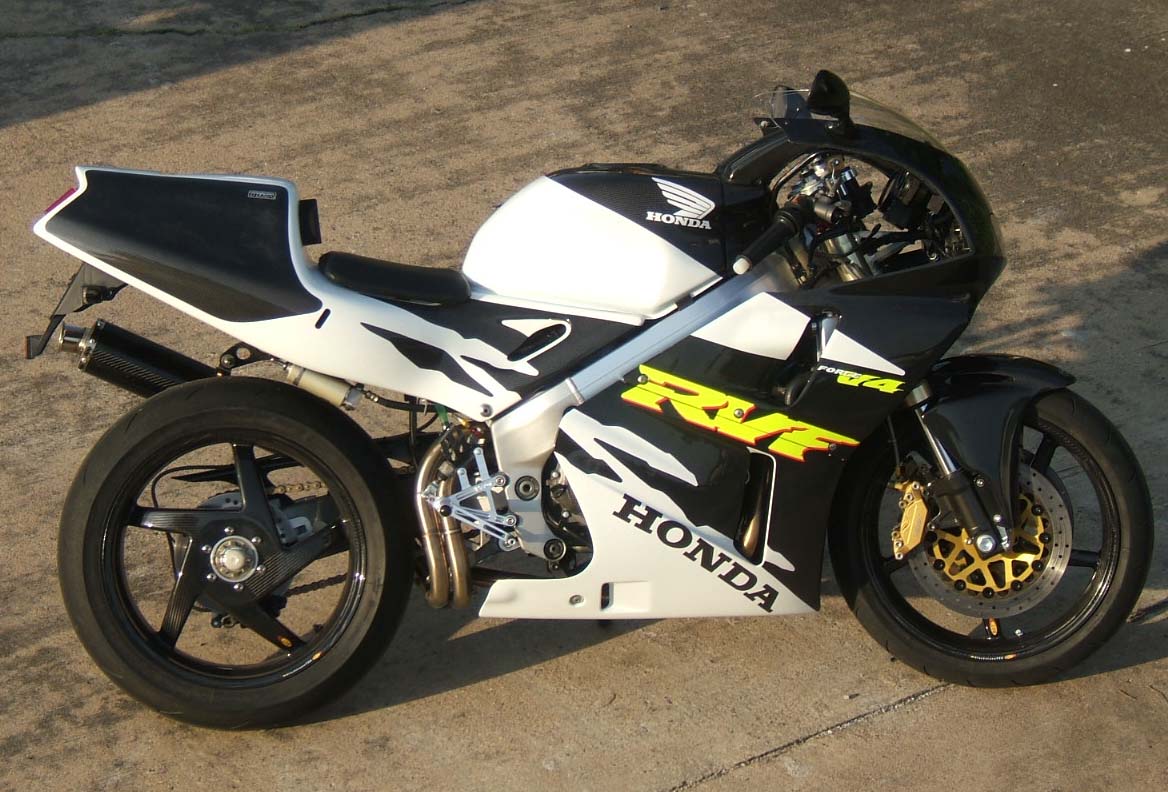 and then ended up as the Horipro. 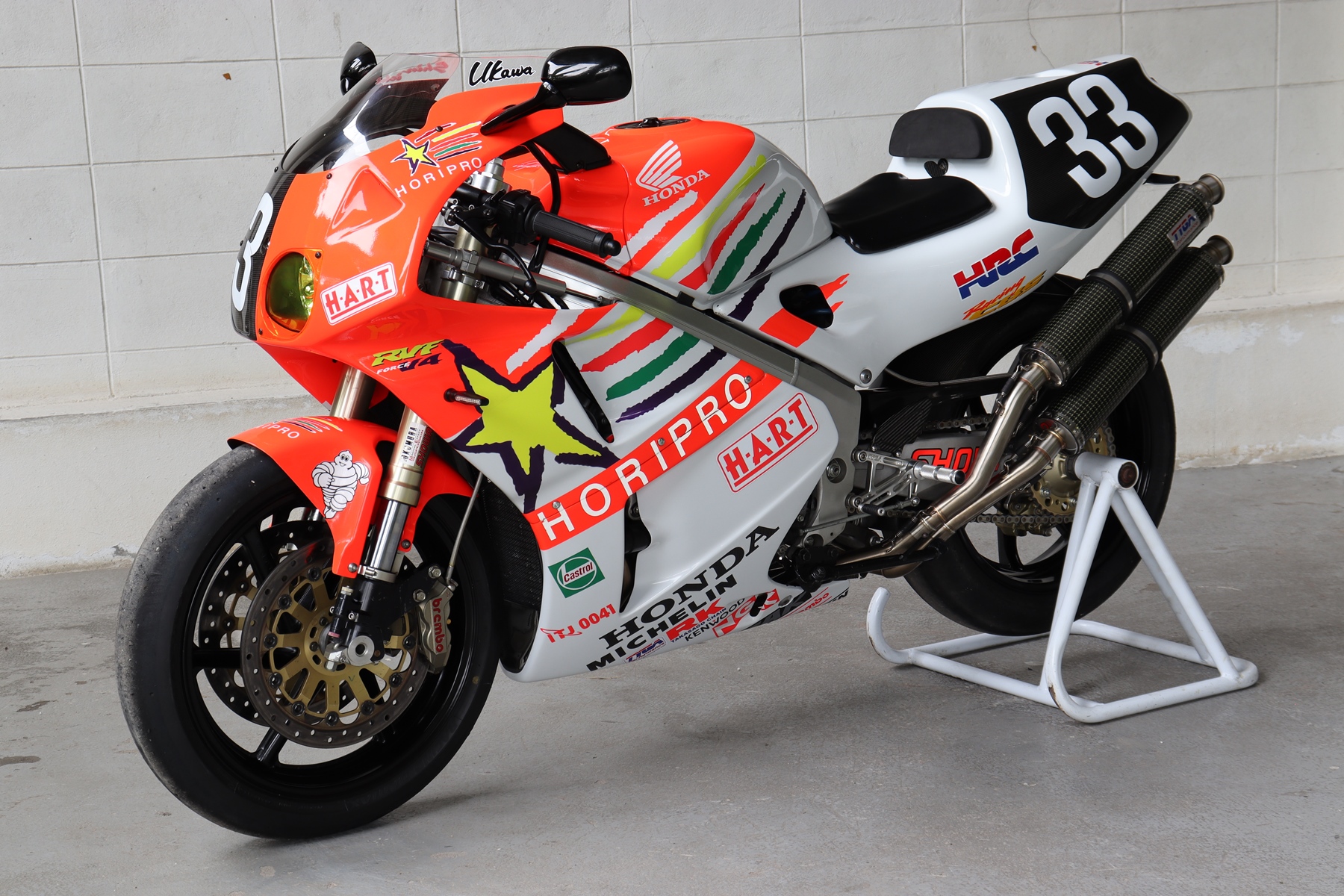 Another rough NC35 was given to me by some kind hearted  dealer who wanted to clear up the space and that one became my ‘touring’ bike. I even rode that one off-road deep into a tiger and wild elephant infested jungle. Another two NC35s we used for jigs and patterns to help us make products such as bodywork, frame and swing arm covers and such like. The rest of the NC35s just sat around in dry storage for a decade or more. Eventually, if you hang on to junk long enough and are lucky, it becomes valuable. So it happened with NC35s and a few years ago, we sold off two NC35s plus the jungle touring bike. Allowing for the two project bikes as keepers, that left two and a half remaining. (Yes, my maths is probably a little off but then these bikes were never complete, just fractions!) So in late 2021 it was really our last chance to do a restoration before the parts we needed to complete a stock bike would be too difficult to source or too expensive to justify. Even then, I needed a nudge from our friend Glenn who is also an avid NC35 enthusiast. He wanted to do a really clean stock bike and so he suggested we work together and use the remaining 2.5 bikes plus our stock of spares to build 2 really nice ones. Let the project begin! 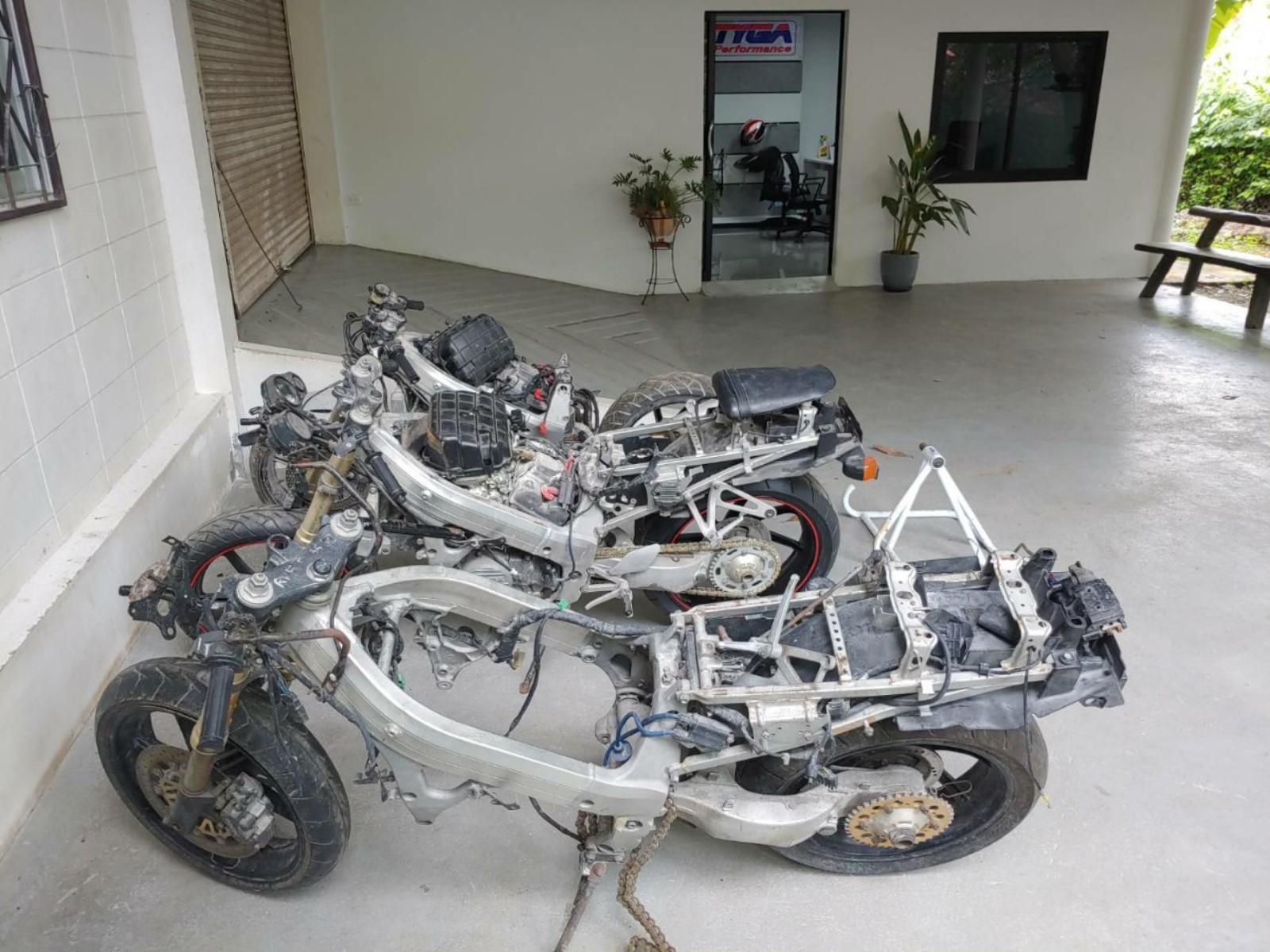 As you can see, we didn’t exactly get a head-start when it came to the bikes. Not surprisingly, a lot of the ones we had sold or built into projects, were the nicest and we were left with the least complete. However, and this is important, I did know the history of these bikes, well at least for the last 20 years. They had just sat in dry storage with zero miles ridden in that time so that was a positive! On the other hand, it looked like at least one of them had been used to build prototype fiberglass fairings and had the telltale resin drips on the frame, itchy fiberglass and dust from sanded bondo covering it. Oh well. Prior to starting a project, it is always good to have the parts book printed out and ready to make notes. I basically went through the entire parts book and ordered all the external small parts such as bolts, rubbers, hoses etc. I also tried my luck at more substantial parts too such as the rider seat but most were no longer available. Luckily, I knew I had a lot of the necessary parts such as used CDIs including one HRC version, a brand new headlight, a passenger seat, fuel cock etc. so at least we were off to a good start.

The next phase was pulling everything apart, cleaning, sending off for plating or painting and generally restoring as many components as possible. Glenn kindly got the swing arm vapour blasted because my hours of cleaning and scrubbing had only resulted in leaving a shiny brass finish on the surface. It came back like new. I did persist with cleaning other aluminium parts such as the foot pegs by myself and achieved satisfactory results. The motor I left well alone and just cleaned up the outside surfaces. It took me and Matt several goes at soaking the engine in WD40, scrubbing with diesel, engine cleaner, washing powder etc and little by little with a mixture of chemical and abrasive action, the black was replaced with shiny aluminium. It won’t win any beauty prizes but it does look presentable for a nearly 30 year old engine. 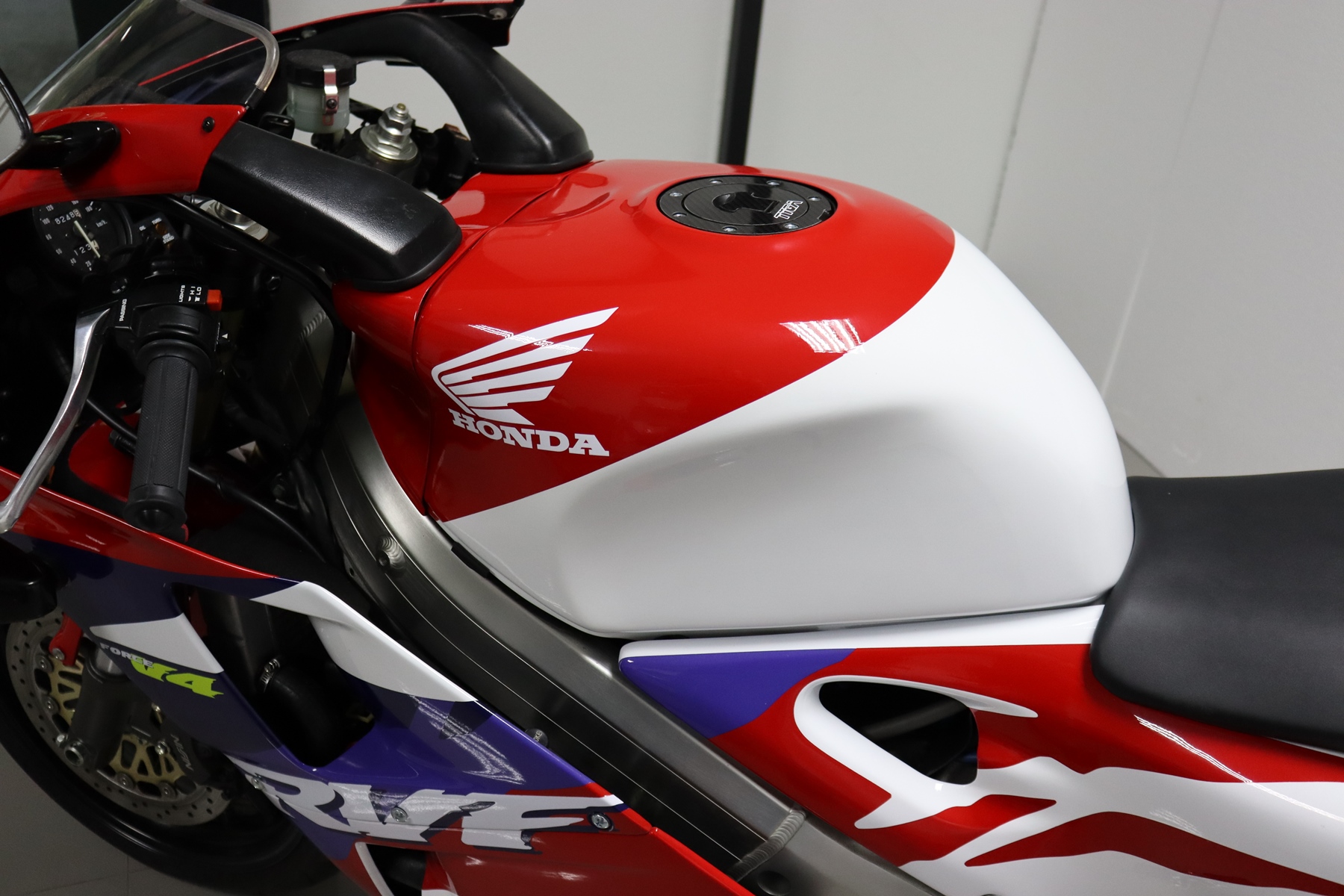 There is too much to mention in all the twists and turns of the build. There were seat pads, rear fenders and other parts which we thought were good, only to find they had issues. Even the stock exhaust rear manifold stud decided to break off but not totally, just enough to give us hope of using it which luckily, with a lot of patience and care, Matt was able to eventually get the nut to thread on to. The exhaust also had the almost ubiquitous issue of a scrape and dent on the collector joint. This part always hits the ground in the slightest of spills and is not easy to restore. A lot of hours were spent by the boys in the factory, welding, pulling and polishing to get it to the condition you see here. It occurred to me that it is a lot less trouble and easier to just go shopping at TYGA Performance, than to try to save all these ancient components. It was really tempting and, I think if it weren’t for the fact that the whole point of this build was to make a stocker, I’d have caved in and put a TYGA exhaust and rear sets on at the very least. I know Matt would not have stopped me! Another one of those things that I’d never considered are the air ducts that fit to the fuel tank. We only ever fitted our TYGA carbon ones before, I mean why wouldn’t we? Suddenly, when we needed the cheap blown form original plastic ones, all I could find were scratched ‘rare items’ which were priced accordingly. I was shocked to find that in many cases they cost more than our carbon ones. Well, that’s now fixed because as of recently (August 2022) and after the photo shoot, we now have fiberglass reproductions so that’s one less thing to compromise on for the next time stock type air ducts are needed. As the build progressed, we were able to use more and more of our new products which was very satisfying. It is nice to install parts that are new and don’t take hours to make presentable. You can see the list of parts we used below. As well as the ones listed, as mentioned above, we now have the air ducts in satin black and we will have a steel meter stay to join the aluminum one that we have had in our range for several years now. One thing which deserves special mention is the windscreen. We used a moulding around the edge and had some decals for the windscreen printed so it looks much more like an OEM one but cost a fraction of the price. We are getting other decals for various components printed which we will offer for sale in the future once they are all completed and in stock. 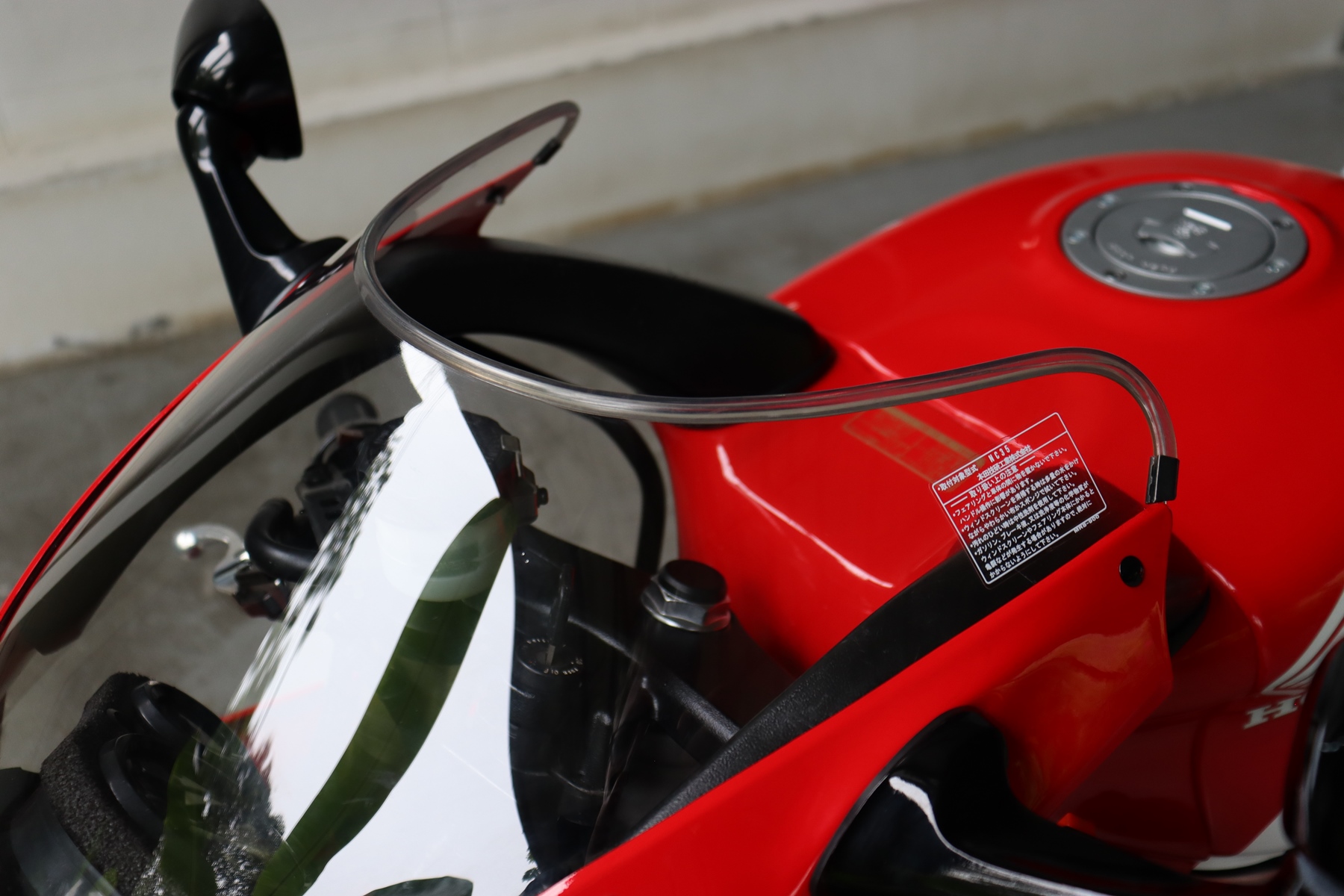 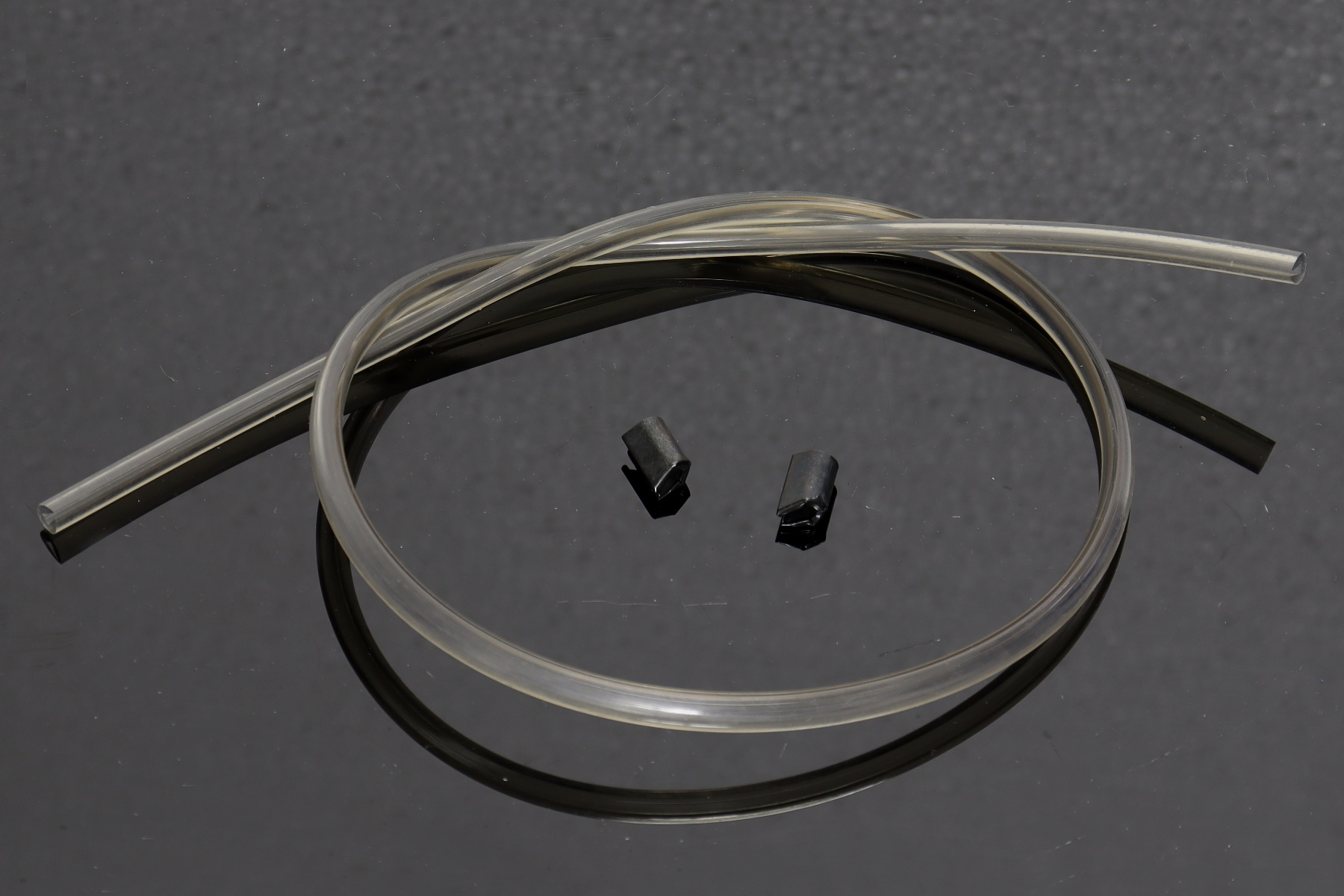 The main product we wanted to show case are our painted bodywork sets which are proving to be very popular in the market. Over the years, we have made several refinements and improvements to faithfully reproduce the originals. This has involved several generations of molds and changes to the details such as the split line around the radiator and improved turn signal mounts and better strength in critical areas. In addition, our paint sprayer, K Pong, has worked closely with us throughout the years and he must have now personally painted hundreds of these panels in type RR or RT colours. Over that time, the decals and paint have been tweaked to make them better reproductions and we have introduced new materials such as super tough clear coat. It is continuous improvement fit for a timeless classic! In terms of performance, well, there were no surprises there. It runs like a stock NC35 and whirs along happily (low 50s on the dyno). It is not the fastest 400 we have ever owned but then again it is supposed to be the benchmark bike against which others are measured our performance enhance bikes are measured against. It is smooth and easy to ride. It feels special and despite its diminutive size, it feels valuable. You could never mistake it for a modern bike even though it is just as capable and more so in many ways. Owning and riding a bike like this is now becoming a special experience and a well turned out one like this gets a lot of admiring glances and comments. You can see from the pictures here that, with hard work and time, and a little help from TYGA Performance products, it is possible to take an old piece of junk and restore it to a beautiful and appreciating Honda V4 masterpiece. It seems that collecting all those NC35s eventually paid off and we have this last example for our collection of RVFs. The next episode we will be presenting is the comparison piece with the Horipro bike; our work here is never done! 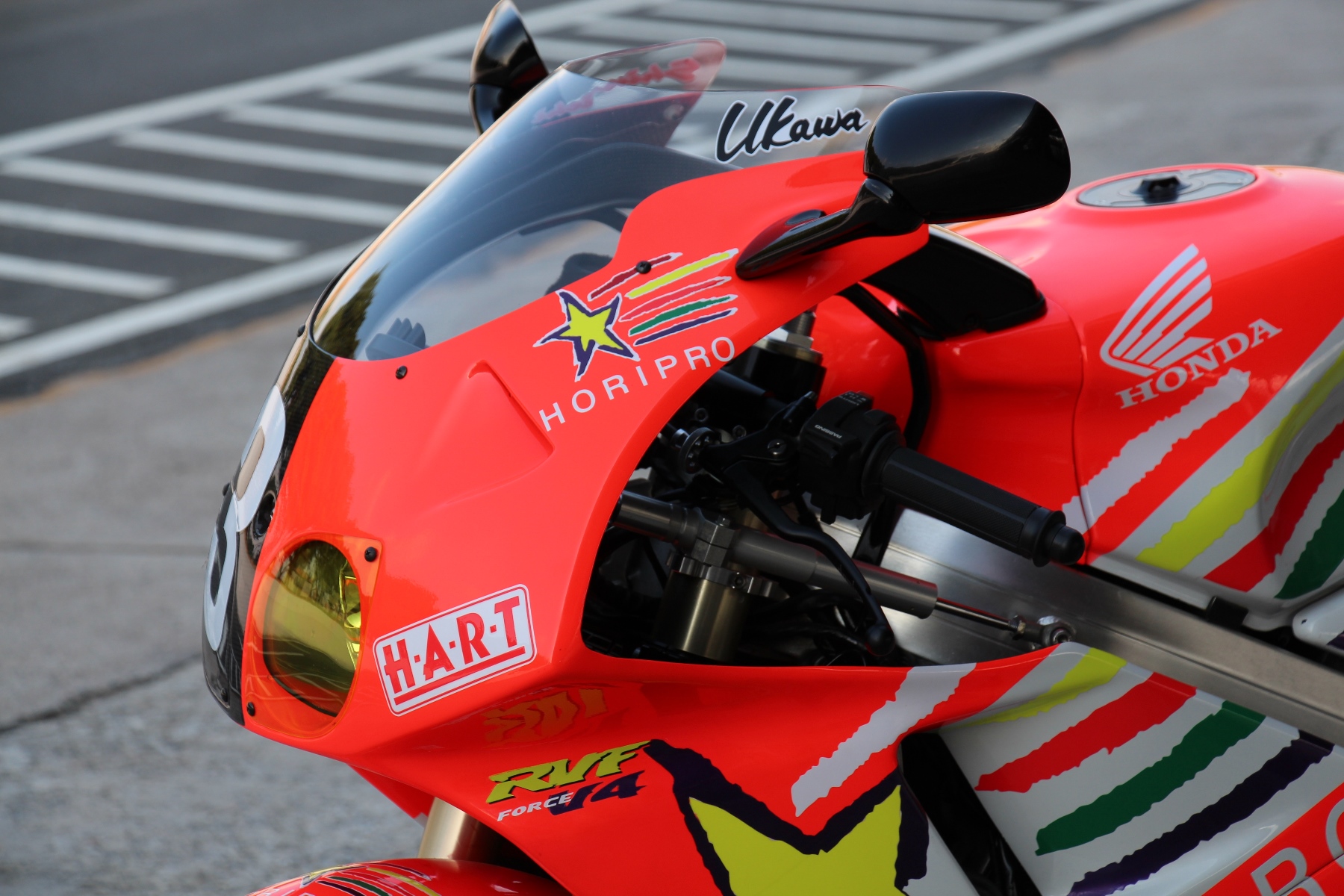 Set, Windscreen Molding, and Clips This product can be used on windscreens which have a rubber molding along…

Air Ducts, Pair, GRP, NC35 These GRP air ducts in satin black finish are a direct replacement for the …